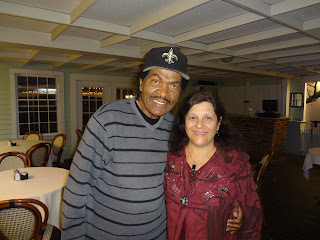 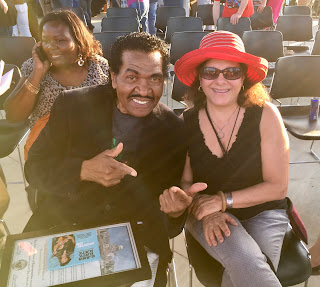 WUMB's "Spinning the Blues" host Holly Harris recently chatted with Grammy Award-winning blues musician Bobby Rush ahead of his show at City Winery in Boston on Tuesday, August 20th. You can hear "Spinning the Blues" every Saturday night from 6-9 on WUMB. Tune in at 91.9 FM in the Boston area or stream at wumb.org.

**
HH: Bobby, I'm so thrilled to be talking with you and that you're coming to Boston in a couple of weeks. I hope you're having a good summer. I'm loving the new CD, Sitting On top Of The Blues. Are you currently on tour?

HH: We had that nice sit down out in Shirley, MA right before you won a Grammy for Porcupine Meat. That was a memorable interview and evening. Can you tell me about this new CD and how it's different?


BR: I don’t think it’s any different, it’s as good or better. Trying to compete with your own self is one of the hardest things to do, but I did it…and I’m blessed to be able to do that. I want to thank you for being apart of that Grammy winning record's success, and I think you’re going to be apart of that again with this one.

HH: You always have such good players and dancers. You certainly have a smokin' band this round too. I see Vasti Jackson has a big part in the production and playing. Can you talk about some of the other world-calss musicians on here, and I just want to say how sorry I am about Lil Buck Sinegal's passing.

BR:Yeah Lil Buck was an inspiration to me, because I’ve been knowing him a long time. I had a chance to record with him on this record. I wanted to have him on the last album, but we had too many great guitar players on that last one. I had plans to do more with him on future recordings. The other musicians I didn’t know as well, but I know they play with other artists. I saw how they played and who they played with.

Scott Billington was with me from A to Z on the Grammy winning record and A to Z on this record. Not in production on this one aside from a couple of songs, but spiritually, with picking the songs, bouncing off his head to my head and there as a friend. I look up to him as a producer and professional.

I also had Patrick "Guitar Boy" Hayes. He played in the band with me at one time. He knows the licks with me like Vasti knows, but he knows me as a band member.

HH: All the tunes are great and there are some real varied styles and stories. I've been rockin' out to "Good Stuff' and "Bobby Rush Shuffle'; love that harmonica, Bobby! What will you be playing for us at the Boston show from the new CD?

BR: Thank you. [We'll be playing]“Good Stuff”, “Get Out Of Here” and “Recipe for Love”. I’ll be playing the show solo, so that changes the set a bit.

HH: What's on tap in the Fall for Bobby Rush?

BR: [I'll be] working harder than I’ve ever worked before in my life to make this record comparable to the Grammy winning one.
Posted by WUMB Radio at 10:24 AM