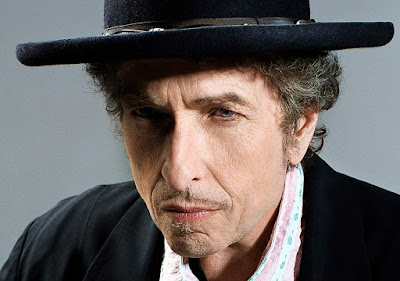 Friday, May 24th of 2019 marks Bob Dylan's 78th birthday, and to celebrate WUMB will play Dylan songs all day - interpretations, collaborations and his own recordings- from 6 AM until 10 PM. Tune in to 91.9 FM in the Boston area or stream at wumb.org for "Day of Dylan".

Mike is interested in U.S. history through the lens of its music, both as primary source and revisionist narrative. He believes the musical artifacts left to us tell stories that were largely untold by other media and offer a uniquely diverse look into American life.
--
DYLAN CONVERSATION:
Brendan Hogan: It's no surprise to people who listen to WUMB that I love Bob Dylan's music.

He is our Shakespeare, and people are already writing about Dylan like they write about the Bard of Avon. Someday, as with Shakespeare and other cultural heroes, we'll lose the connection with Dylan as a living, working artist of our time. (Was Shakespeare one person, after all, or a collective of writers?)

There will forever be a "before" and "after" in reference to him, but we're lucky to experience at least some of his sorcery firsthand. Magic can't be quantified, though, and it's not even worth trying to account for it. It just is. Any cultural impact Dylan has had can't be measured, either, because he has changed our culture. Dylan is like a cultural portal; he exists and so our dimension has shifted. That which could not exist before someone like him, or that which was inaccessible, is now laid out in the open.

Yes, I think highly of Dylan's art. But to me, his music has always has always been personal. Why? Because Dylan isn't magic. He isn't a figment of our imagination or a hybrid of legends passed down, written into a static, unreachable figure by history. He's a man who has shaped his own story, who has absorbed influences, and who exists in the makeup of our time. That's what I'm interested in talking about today.

Mike Mellor: You bring up an important point. Whenever I get going on Dylan I'm afraid people think I'm hero worshiping when I actually care very little about who he is as a day-to-day human being. Unlike some "Dylanologists" I don't collect paraphernalia or gossip about his affairs.

What I care about is his artistic contribution to the world: what he took, what he did with it, how it came out, and how it changed society. He's the most prolific and influential popular artist when it comes to bridging the American folk tradition with "arts and letters". His art made it a regular thing to express Post-structuralist ideas in songs about sailors and homeless people, or to tell Existentialist dirty jokes. It brought Mississippi Fred McDowell up to the Ivory Tower and F. Scott Fitzgerald down to the gutter. He's never settled long on genre or instrumentation, but his work has been a consistent cry for egalitarianism and compassion.

That is some pretty serious stuff. But where did it all start? Well, the legend goes that his ambition upon graduating high school was "to join Little Richard".


Brendan: That's the thing about Dylan: We're never really sure of who he is. Is he a man of the heart like a blues musician, of the mind like a poet, or does he want to sing about sex like Little Richard? He's all those things because he can be. Dylan is the ultimate manifestation of what it means to be an American; to be whatever you say you are. It's something he has cultivated from his earliest days as a public persona, and he's carried on laying down the chaff ever since.

Dylan doesn't use his given name, for starters, and even in his very first radio interview he spun a story about running away with the circus as a young boy. All that coupled with the mysticism and canny insight of his writing makes him a very compelling figure. I couldn't care less about his personal life, either, but I definitely filter the way I perceive the world through the lens his presence as an artist has shaped.

It's interesting that you suggest Dylan leveled the playing field between "high" and "low" cultures. I've heard people suggest that Dylan came along and broke all the rules, as if he alone had the power to do so. It's true that he did affect and represent a massive change in the way music was published, marketed, and sold, but that's not art; that's commerce. Bob Dylan is an iconic figure because he managed to exist in both the worlds of art and commerce while maintaining a high level of integrity. But nobody exists in a vacuum.

Tell me Bo Diddley's "Who Do You Love" from 1956 doesn't stand up to anything on Bringing It All Back Home.

Mike: I'd never tell you that. I'd even go a step further and say Diddley's guitar beats anything Mike Bloomfield put on the Highway 61 album. Even the cartoon mythology of "Who Do You Love" seems like a prototype for "Highway 61" the song. So much of Dylan's "electric period" is right there.

I don't think Dylan leveled the playing field, if by "playing field" you mean society. If you mean "playing field" to be his own worldview, where he believes there is artistic and philosophical merit to be found in every station from beggar to king, then I agree with you. A large part of his gift is to amalgamate it all into something new, yet wholly referential and reverential. He is essentially a pastiche artist.

Dylan eclipsed that moon only a few years later but Jack is still around today to tell us the stories, and to perform amazing renditions of Dylan's early material. But before Elliott ever recorded a Dylan song Dylan (under the pseudonym Tedham Porterhouse) played harp on a Ramblin' Jack record.

Brendan: It's funny how Dylan was copying Ramblin' Jack Elliott copying Woody Guthrie. He did a good job of it, too. Some of those very early Dylan recordings sound exactly like Ramblin' Jack, down to the way he phrases words and even speaks. It's a wonder Elliott was so forgiving and their friendship endured. Artists imitate, though; genius steals.

Dylan must really be a genius, then, for lifting the melody and story of "Norwegian Wood (This Bird Has Flown)" for his song "4th Time Around". A lot is made of his influence on The Beatles, but it actually went both ways.

Mike: Then he must really be a genius 12 times over for his love and theft of Junichi Saga's Confessions of a Yakuza.

I understand why this was a controversy, but in a way it's just Dylan being Dylan. He understands that the folk tradition knows no such thing as copyright and he made a completely separate and self-sufficient work with pieces of another. The vast majority of art does this sort of "stealing" all the time. What is Art History, after all, but a catalogue of who riffed off of whom?

My only beef is that Dylan could at least have thrown Saga's name in the liner notes. You know, credit where credit is due, especially when you borrow from a living source so unlikely to be noticed by others.


Brendan: That's his argument, too, and I tend to agree with him. An idea has to start somewhere, and more often than not it starts where someone else left off, or in the exact same place. He has the ability to internalize and codify his influences in such a way that his writing expresses a hybrid of wide-ranging ideas. It's personal and universal at the same time, and I don't think you can set out to do that. It just happens.

I suppose problems usually arise when one party makes money and the other doesn't. Dylan happily cashes his checks, I'm sure, but I've never been under the impression that he got into the game for that. In fact, he's made some pretty heavy sacrifices himself.

But stealing is a murky subject. And from Edison to Jobs to Dylan, it's very American, too. 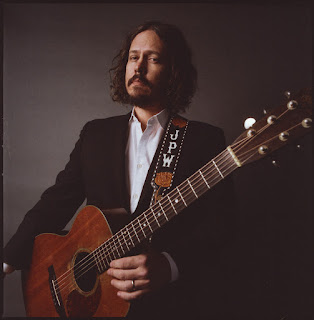