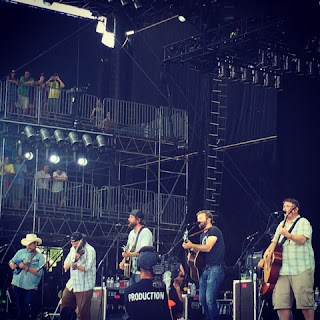 Trampled By Turtles are one of those bands who have built their entire careers based on word of mouth press and festical presence. After all, they had five albums under their belts already by the time their "breakthrough record", Stars and Sattellites was released in 2012. Due to this foundation it was no surprise how laid back the five Turtles were, standing shoulder to shoulder on the Bonnaroo main stage casually dressed in shorts and tshirts.

In fact, the band barely even said a word to the audience. Aside from dedicating the song "Victory" to someone named Rufus (presumably Rufus Wainwright), stating that the song "Duluth" was about their hometown of Duluth, Minnesota, and announcing that bassist Tim Saxhaug would be seeing a cover of Loudon Wainwright III's "Swimming "Wewe get Song", already a staple of their set, they didn't say much at all.

But they didn't need to. As a band whose roots are deeply set in a groundwork performances and social interactions with loyal fans, their lack of small talk was comparable to a romantic couple who are at ease with each other so much so that they can comfortably share a silence.

The set was a blend of the entire Trampled By Turtles catalogue, "Are Yiu Behind a The Shining Star", "Codeine", "Walt Whitman" and, of course, "Alone" we're all included.

The moment that the partnership between artist shone the most clearly was when lead singer, Dave Simonett excitedly said, "We get to actually hang out for once. Finally we're going to get to come out with all you. Crazy kids after." And the audience cheered and agreed, despite the band's earlier lack of talking about feelings, showing just how strong the artist/audience bond can truly be.

Posted by WUMB Radio at 9:15 AM No comments:

Since their formation in 2009 Dawes has risen to become one of the most well-known folk-rock groups in America. This year marked their third performance at Bonnaroo, however, Friday's performance--a mere week after the release of their 4th full-length album, All Your Favorite Bands--was their first on the main stage. 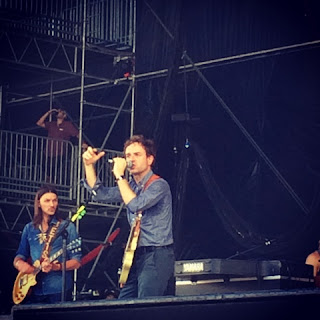 The quartet played songs from their catalogue including "When My Time Comes", "Time Spent In Los Angeles" and "If I Wanted Someone", taking a moment during "Most People" to thank the fans for being there for them since the beginning. The set was also sprinkled with new tunes "Somewhere Along The Way", "Right On Time", and "I Can't Think About It Now".

"Bonnaroo is one of the most special festivals in the whole world. This song goes from the bottom of our hearts to every single one of you," Goldsmith said as the quartet broke into All Your Favorite Bands' title track.

Posted by WUMB Radio at 2:38 PM No comments: 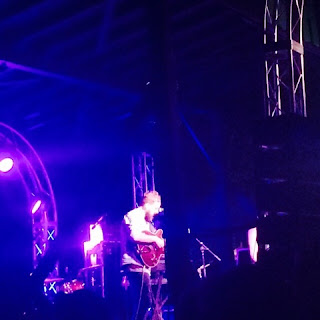 The British alt-folk band Bear's Den are still riding high on the wave of their debut record, Islands, released this past October. The band formed in 2012 and that same year, along with The Staves and Ben Howard were a part of the tour highlighted in the Austin To Boston documentary. Islands was released on Communion records, the label founded by Bear's Den member Kevin Jones, along with producer Ian Grimble and Ben Lovett of Mumford and Sons, with whom Bear's Den have also toured. So the band are no strangers to the spotlight. Yet they still seem humbly in awe of their own success.

Communion sponsored the Bonnaroo Who Stage on Thursday night presenting Little May, Raury and Rubblebucket in addition to Bear's Den. The Who stage is a fraction of the size of the other Bonnaroo stages, but you would never know from the crowd's devotion to Bear's Den.

Lead vocalist, Andrew Davie thanked the crowd for being there stating the lights were so bright, though, that he couldn't see them. The lights immediately turned towards the crowd and upon seeing the hundreds of people before him exclaimed, "Turn them back! There's so many of you, I'm nervous now! I thought there were only five people there and it was just my family!"

The way that the audience was clumping respectfully together to sway in unison while singing along to "Above The Clouds of Pompeii"--a song laden with themes of familial connection and loss--was a site any member of the Davies family would be proud to see.

Email ThisBlogThis!Share to TwitterShare to FacebookShare to Pinterest
Labels: Bear's Den, Bonnaroo, Communion Records, Mumford and Sons, The Who Stage 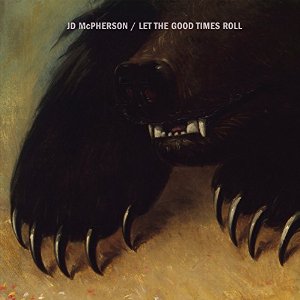 We are coming to the end of the fiscal year here at WUMB and we are asking you to pledge your financial support. It is through your contributions that we are able to bring you the one-of-a-kind programming that you love.

As a non-commercial station we do not receive any ad dollars to cover operational costs. The most important source of income for us comes from our members and our members are listeners like you who appreciate the music that we are bringing to you every single day, twenty-four hours a day, seven days a week.

If you can contribute $30 dollars a month to WUMB we will thank you with not only a WUMB hooded sweatshirt but also with J.D. McPherson's latest album, Let The Good Times Roll. You can pledge your support to WUMB by calling 800-573-2100 or by clicking here.

-Kendall Stewart
Posted by WUMB Radio at 10:34 AM No comments:

Now that the weather is FINALLY getting warm and sunny it's time to gear up and get excited for outdoor activities like camping, going to the beach, hiking and of course: barbecuing! This year the annual WUMB BBQ will be at Carson Beach on June 28th catered by Blue Ribbon BBQ and featuring a one-of-a-kind performance by the quartet from Virginia's Blue Ridge Mountains, The Steel Wheels! 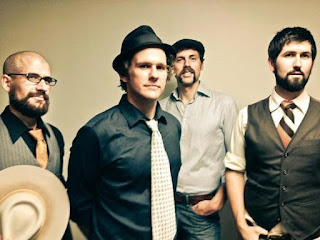 The Steel Wheels: Trent Wagler (lead vocals), Jay Lapp (mandolin, guitar, vocals), Eric Brubaker (fiddle), and Brian Dickel (upright bass).
Their Mission: to fuse the personal with the universal, the deeply rooted past with the joys and sorrows of everyday existence.

Wagler, Brukbaker and Dickel met as college students at Eastern Mennonite University in Harrisburg, Virginia. Wagler and Dickel were originally in an alternative band before going in an acoustic direction as a duo. They soon were joined by Brubaker on fiddle and rounded out by the addition of Jay Lapp whom they had met on the road. After playing under Wagler's name and as Trent Wagler and The Steel Wheels the band dove in headfirst and became The Steel Wheels in 2010. They released their  latest album, Leave Some Things Behind on their own label, Big Ring back in April is a culmination of their last five years as a band, and draws on their experiences on the road, with a theme of exodus and "following your dreams and stepping against your own comfort zone".

Click here to purchase tickets to the WUMB BBQ!

-Kendall Stewart
Posted by WUMB Radio at 10:09 AM No comments: 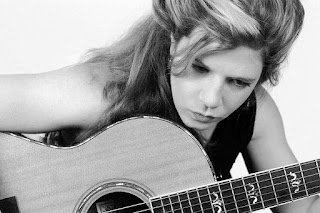 Every weekday at 8 PM is Then and Now with Brendan Hogan. This is when Brendan plays a set of songs back to back from the same artist emphasizing the beginning and the current status of their career. Tonight he will be playing "When I Was A Boy" and "Emerald" from Dar Williams.

Boston transplant Dar Williams was born Dorothy Snowden Williams, her nickname comes from the fact that her parents wanted to name her Darcy after Mr. Darcy in Jane Austen's Pride and Prejudice. They called her Dar-Dar when she was little and she shortened it when she started school. Williams
has toured with the likes of Catie Curtis, Mary Chapin Carpenter, Patty Griffin, Joan Baez and more.

Williams' latest album, Emerald, was released on May 26th and focuses on what it means to be a songwriter in the world today. When she isn't performing or writing music Williams teaches at Wesleyan University (her alma-mater) and writing a book. Emerald is the first album she has released independently.

-Kendall Stewart
Posted by WUMB Radio at 12:51 PM No comments: