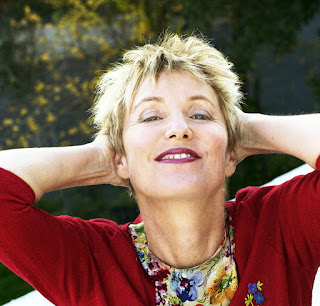 If you are a WUMB Member you know that you can go to free WUMB Member Concerts. We have a Member Concert with Eliza Gilkyson, Rebecca Loebe, Betty Soo, and Bianca De Leon at 7 PM on Thursday, September 24th at David Friend Recital Hall at Berklee College of Music. The event is hosted by Berklee's Professional Education Division, Austin to Boston: Cutting Through The Noise.

Each of the featured artists are based out of Austin, Texas and are visiting Berklee to teach master classes, chat with students, and to perform. Eliza Gilkyson comes from a musical family. Her father is Terry Gilkyson the folk musician, and her brother Tony is a guitarist. Gilkyson has been releasing music since 1969. Rebecca Loebe competed on Adam Levine's team during the first season of NBC's The Voice and has toured with the likes of Ellis Paul and Raina Rose. Betty Soo has won awards from the Sisters Folk Festival, the Wildflower! Festival, Mountain Stage and more. Bianca De Leon is an internationally renowned folk singer who has had her music featured on film soundtracks and in video games.

You must be a WUMB member to attend Member Concerts. Become one here.

-Kendall Stewart
Posted by WUMB Radio at 11:20 AM No comments: 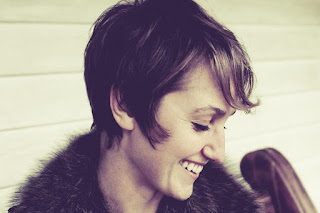 Joan Shelley is a singer/songwriter based in Louisville, Kentucky. Her influences range from 1960's folk music to classic country tunes. Shelley frequently collaborates with other musicians serving as a member of the trio Maiden Radio and even releasing entire records with them including Joe Manning for Outside Stay Outside  and Daniel Martin Moore for Farthest Field. Over and Even his her third solo record, out September 4th.

You must be a WUMB Member to attend Member Concerts. Become one here. 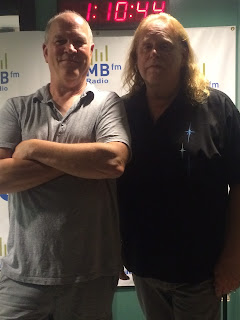 On Tuesday, August 11th, WUMB had the pleasure of hosting the legendary Warren Haynes. Perhaps you know Haynes best as the guitarist for the Allman Brothers Band, maybe you know him as a founding member of Gov't Mule, or you may know him for his solo work. To call his career expansive would be an understatement. Most recently he has teamed of with Railroad Earth to release Ashes & Dust, a record compiled of brand new songs and songs that he wrote twenty years ago but had yet to record.

Regardless of when they were written, each of the songs is deeply personal about real people and real relationships. Hey performed "Spots of Time", Is It Me Or You", "Wanderlust" and "Company Man", all from the new album and their emotional intensity permeated the studio.  "Is It Me Or You" had been kicking around for thirty years and "Wanderlust" is actually about Gram Parsons. They are cathartic for Haynes who believes that "Songwriting is a way to get you out of your own dumps".

Haynes teamed up with Railroad Earth after collaborating with them on stage for years, but they are not the only collaborators on the album. Mickey Raphael, the harmonica player from Willie Nelson's band, plays on the album, along with additions from Shawn Colvin and Grace Potter. Haynes refers to the guest performers as "the icing on the cake" because of the inspiration their fresh energy and perspective brought to the process.

He will can next be seen on Thursday at the Peach Music Festival (founded by the Allman Brothers) in Scranton, PA along with Greg Allman, Santana, Bob Weir with Billy and The Kids, Willie Nelson and Family and more. Then on Saturday, August 15th,  he will be in Lowell as part of the Lowell Summer Music Series. More information on Warren Haynes can be found here.

Posted by WUMB Radio at 4:48 PM No comments:

Every Friday morning at 7:30 Brendan Hogan highlights brand new music on WUMB. This week he featured new tracks from Bobby Long and Langhorne Slim & The Law. 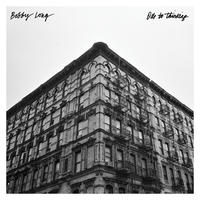 Bobby Long, "Hideaway", Ode To Thinking
Twenty-nine year old British-born, New York-based singer songwriter Bobby Long released his third record Ode To Thinking, today. The album is named for its finger-picked opening track and is comprised of songs to which Long devoted the last year of his life, even playing them as part of his live sets. He says, "With some songs you have to play them out before you record them because they're not quite there yet". Ode To Thinking was produced by Mark Hallman--who also plays organ, bass, piano and drums on the album--and recorded in Hallman's Congress House Studios in Austin, TX and made possible by a PledgeMusic campaign comprised of over 750 pledgers. 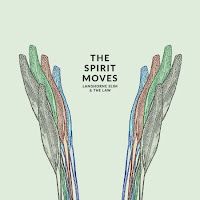 Langhorne Slim & The Law, "Put It Together", The Spirit Moves
Sean Scolnick is better known by his stage name Langhorne Slim taken from his hometown of Langhorne Pennsylvania. The Spirit Moves is his sixth album over all but second along with his band The Law. It is an important record for him, being his first written and recorded while sober, as well as his first written and recorded while single. Of the album he says, "I'm a strong believer that sensitivity and vulnerability are not weaknesses. They're some of the greatest strengths of man and woman kind, and that's what a lot of this record is about." The album was recorded with engineer Andrija Tokic at Tokic's The Bomb Shelter recording studio in East Nashville, TN.

WUMB and Berklee College of Music have teamed up again to present the Summer Concert Series on Carson Beach. For the next three Saturdays you can listen to great music right on the beach--and it's free! This Saturday, August 8th, at 2 PM you can catch the indie folk band Covey.

Covey is the brain child of vocalist and guitarist Tom Freeman who launched the project in February of 2013. Freeman's high school music teacher encouraged him to pursue a career in music because he was the most passionate player. That teacher's name was Haggarty and that is also the title of Covey's forthcoming EP. Covey has performed with Hozier and The Last Bison, among others and they were named the New England Band of The Month by Deli Magazine. The new single, "Stranger" drops on August 19th. More information can be found here.

-Kendall Stewart
Posted by WUMB Radio at 1:28 PM No comments: