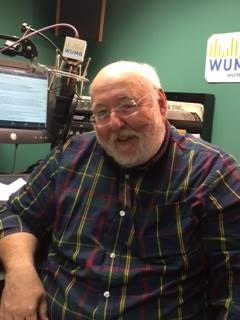 It's that time again! Here at WUMB we are asking for your monetary support to help us continue to bring you the programming that you love. Where else will you hear artists ranging from Ryan Adams to Townes Van Zandt, to local artists like Darlingside? If you didn't learn about them on WUMB you may not know about these talented artists. Your financial support for WUMB gives you a radio station that plays the music you want to hear even if it's your first time pledging. Listener support makes up a significant percentage of WUMB's overall funding and that is why your contribution is vital.

WUMB is always here for you, twenty-four hours a day, seven days a week. You will always find great music and knowledgeable hosts like Albert, Brendan and Dave. You can count on them being there every day. And we count on you for a pledge.

We're asking you to be as generous as you can when you call 800-573-2100. If you could make a $50 a month commitment to WUMB we'd be glad to thank you with our WUMB jacket. You can also pledge on our website WUMB.org. Pledging only takes a couple of minutes. Soon you'll have done your part to keep WUMB on the air. And if $50 a month is out of your price range contribute any amount that is comfortable for you. Every dollar makes a difference.

Posted by WUMB Radio at 8:57 AM No comments: 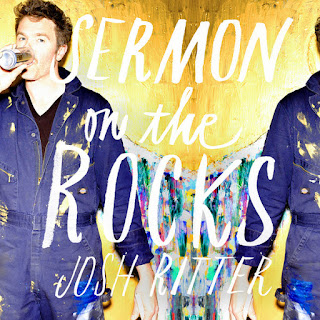 Josh Ritter, who has been dubbed one of the :100 Greatest Living Songwriters" popped into the WUMB air studio on October 14th to chat with Dave Palmater about his new album Sermon On The Rocks. He strictly played tracks from the record, including "Where The Night Goes", "Young Moses" and "Cumberland", in anticipation of it's October 16th release.

Sermon On The Rocks is much more lighthearted, fun and carefree than his previous releases. Describing the departure from his previous style Ritter says that he "realized that [he] didn't have to take things so seriously all the time".He feels that he is at a point in his career where he could start to keep all of his music sounding the same, but that was something he was afraid of. So he chose to experiment with his sounds instead and have the opinion of, "this song [may not] really be me but I'm going to finish it and maybe it will become something".

Ritter recorded the album in New Orleans and co-produced it with Trina Shoemaker who has worked with artists from Emmylou Harris to Queens of The Stone Age. He chose to record the Sermon On The Rocks in New Orleans because it was a place he had passed through on tour and wanted to stay. He rented a big house and brought his family and friends along with him, wanting to reflect New Orleans Culture, "Wanting to live in the bloodstream for a little while.

Dave asked Ritter which song from the  he would choose to play if only asked to play one. The album has strong themes of Autumn and heading back to where you came from, and for that reason he chose to close out the interview with "Homecoming". Josh Ritter is playing a sold-out show at The Sinclair tonight but he will be back in Boston this winter.

-Kendall Stewart
Posted by WUMB Radio at 12:22 PM No comments:

Change is in the Air(waves) at WUMB Radio! 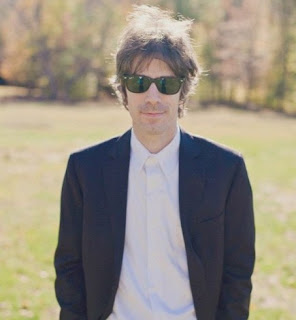 WUMB 91.9 FM, UMass Boston’s full-format folk, roots and world music radio station
is very pleased to announce some changes in its Fall programming line-up.  There will be a new voice on air, and a familiar voice at a new time.

The familiar voice belongs to Brendan Hogan, who is the new host of The Morning Show, Monday through Friday from 6:00 – 10:00 AM.  Hogan has been a fixture on the Boston radio scene since 1999 and at WUMB since 2012, where he created the popular Dark Was the Night blues/roots music program and held the 7:00 – 10:00 PM time slot. Brendan has eagerly embraced his new role: “WUMB has always been my favorite station for music, and having worked the evening show for the past few years has been a dream. Moving to mornings for drive time is even more exciting! I don’t know if there’s a station playing more local music every day than us. Same with blues and old gospel, R&B, country, and folk, in addition to the new music and core roots artists we play. It's something I'm really proud to be a part of.”

The new voice, beginning November 9 from 7-10 PM  Monday through Friday is Jess Phaneuf, who comes to WUMB after seven years at MVYRadio on Martha’s Vineyard. In her own words, “I'm thrilled to be returning to Boston to join the team at WUMB, where I'll have the chance to immerse myself in the city's music scene and bring my enthusiasm to the airwaves. Not only do I love the diverse and independent mix of music on UMB, I appreciate their support of local artists in the greater Boston area. It's so evident that WUMB's listeners are appreciative of the deep cuts, the unknown artists, and the intelligent and eclectic programming -- I can't wait to connect with them!

WUMB Director of Programming Jay Moberg is very much looking forward to this new line-up: “I’m really excited about both Brendan and Jess.  Brendan’s Morning Show is truly unique and I think a breath of fresh air in Morning Drive.  You’ll hear musicians from Woody Guthrie to Ray Charles and everything in between.  Brendan does an amazing job of not only selecting great music but also giving you important information about each song or artist.”

“Jess is someone who’s been on my radar for a while now coming to us from MVY, a station I truly respect and admire.  Jess is not only an extremely hard worker who’s built up a very good reputation around the industry but she’s also wired into the Local Music scene in Boston which is incredibly important to WUMB.”

Tune in to WUMB Radio at 91.9 FM or listen online at wumb.org for Brendan Hogan and beginning November 9, Jess Phaneuf bringing you the very best of modern and traditional folk, roots and world music!
Posted by WUMB Radio at 11:32 AM No comments: